Our services have improved! Here's how 😎

From International Student to Amazon Operations Specialist: A Wonsulting Review

The year was 2020. I met Gary Pierre during our Wonsulting Project 2020, an initiative we launched to help thousands of job-seekers land internships and offers during the pandemic.

Gary didn’t have much experience, but I always saw the hard work he would do to make things happen in his career, and you could see this through his actions. During the Wonsulting Project 2020, he created Wonsulting4WorldLiteracy, which brought together a group of 15 individuals around the world to advocate for the basic access to literacy and educational resources for those less fortunate, specifically in Columbia. Out of hundreds of teams, Gary’s team placed first, which set him up for the successes that were to follow.

Soon after, he landed an internship as a Global Strategy & Operations Intern at Selina, his first internship as a student, and definitely not his last. He then interned at NASA a few months later as a Business Administrator in Logistics, setting himself up for success.

Or so we thought.

“Do you require sponsorship?”

Gary did require sponsorship, so many of the companies he was applying and interviewing for wouldn’t consider him. During some of our 1:1 calls, I remember we spoke about the frustrations of being an international job-seeker, where opportunities are smaller compared to those who are U.S citizens.

Gary wanted to be different. By being different, we worked together to make sure he didn’t just get one offer, but multiple offers, including one from Boeing and other companies, but he eventually accepted his offer from Amazon.

How did he do it? This is what he did.

Why is this important? Because many international job-seekers, for example, will target small and medium sized companies to work at; however, these companies don’t generally sponsor because they don’t have resources or budgets allocated towards sponsoring (and since many of them aren’t profit generating, they have many budget constraints). Some of the companies we identified that offered sponsorships included Amazon, Microsoft, Boeing and more; by identifying these companies, Gary landed interviews with all of them because they were companies that could sponsor!

Network, network, and network some more

One of the strategies Gary did was network constantly on LinkedIn. Similar to how we teach in our Job Search Strategy Service, the key was networking with hiring managers and professionals who worked in companies he was interested in, finding out insights on how they landed their roles, and getting referred.

One way he did this was identifying International professionals who worked in these respective companies by finding them on LinkedIn. How do you do this? You can read more in this article, but a way to do it is the following:

By doing this search, you’ll find many who are from your hometown and are working in the states. You can confirm this by looking at their Education, which usually shows they did their bachelors in their home country and masters in the states.

Build a personal brand on LinkedIn

Gary consistently makes LinkedIn content to build his personal brand. When Gary was doing this, he saw a lot of traffic go to his posts which eventually would get in the feeds of professionals he wanted to connect with.

Not only that, Gary would inspire and provide tips to fellow job-seekers even though he hadn’t secured his full-time job; seeing someone do this just shows how much care he has for helping others. This also showcased how he is to work with: someone who puts others first and listens to leaders because he wants to give back to the greater community.

I’m proud to say that Gary was one of the original Wonsulting mentees when Wonsulting first started, paving the way for many others to follow in his footsteps. Gary still works for us as Service Provider for our Wonsulting Services, working with job-seekers to develop their job search strategy so they can land interviews.

From first being a job-seeker to now a job-helper, Gary is the definition of an underdog turned winner.

How Wonsulting Services Have Improved

We've received a lot of feedback over the years! And we've used it all to improve our services and make them better than ever. Here's how.

How Wonsulting Helped Josh Get Hired at Toast!

Find out how our services helped Josh get hired at Toast.

Everything You Need to Know About the Wonsulting Course

Learn how to define your dream job, write the perfect resume, get connected with recruiters and hiring managers, ace your interviews, and negotiate your salary with our comprehensive course! 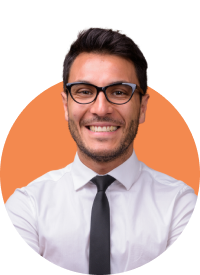 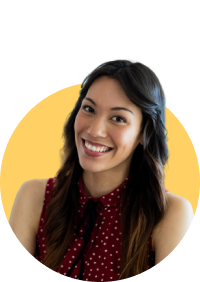